See what People have created with Gravit Designer

Gravit Designer is used by thousands of people worldwide each day. They not only use it to design websites, or create interfaces, but also to make illustrations or design the artworks of entire games with it.

In this article we’d like to present four designers from around the world who have integrated Gravit Designer into their daily workflow and are creating amazing things with it.

What better way then to get inspired for your next project?

For more inspiration have a look at part 2, part 3 and part 4 of this series.

DarkLimitArts is a small studio based in Toronto, Canada. I’m an illustrator specializing in (writing and illustrating) children’s books.

Sonxai is a concept monster character I developed for one of my personal children’s book I’m writing and illustrating. The story is based on a handicapped cat living in the slums of the city. He one day goes on an adventure around the city. How does a handicapped cat traverse the scary city you might ask — that’s a secret.

After a rough sketch I imported it into Gravit Designer, created the line-art and flat color palettes. What’s great about Gravit is that there are no learning curves. It’s the first design program that I have used that allowed me to be creative from the first click, no overthinking, as its smart organic Panels reveal themselves and disappear as needed — never getting in the way of my workflow. Definitely one of the best design apps I have used over my career.

Special thanks to the Gravit Team.

I am a self-taught freelance UI Designer from Rangpur, Bangladesh. Though I was a business student in college, I always felt attracted to Graphic Design and wanted to build my career on it. So I started reading online tutorials back in mid 2012. I got my first freelance job after 8 months. Back in 2014, When I was working as a freelance Illustrator and Print Designer at Upwork, one of my client told me to design an iPhone App for him though I didn’t have any prior knowledge. I studied UI Design the night before I designed the App and my client was very happy with the output. That particular project was the foundation of my career as a UI Designer. I am still learning everyday, teaching myself how to design better User Experience. I love my job!​

This is Bank Account Management application. The Bank I use has a horrible app so I wanted to make it better. This is an unsolicited redesign (which many senior designers hate!) so I didn’t follow any branding guidelines. Users can manage their accounts, cards, transfer fund and pay bills through this app.

What I love about Gravit

I decided to use Gravit Designer to design this because I wanted to see how well it works and if I can find any bugs (because it’s still a new tool) that will ultimately help the Gravit team to make it better. I am really impressed! The way the Gravit team responds to questions and bug reports is really amazing!

What I love most about Gravit Designer is that it’s a cross platform tool. It even has a Linux and a ChromeOS version! I mean who does that!? This is the only design tool that is available for all users no matter what platform or what OS they use! Not to mention it’s FREE! I love the goal of the Gravit team, they are working hard to provide a free design tool to everyone who can not afford an expensive design tool or powerful computers to learn Design. Gravit isn’t perfect yet, but it’s evolving. It’s already a great Sketch alternative for Windows, Linux and ChromeOS users. I hope one day Gravit team will be able to give the world “The Perfect Design Tool”.

How everything started: I just wanted to create some character art in Gravit for fun.

Short description: A boy dressed like a grown man just found out some super powers.

My workflow: I started with a more elaborated sketch outside Gravit. Then I imported this drawing to Gravit and, inspired by comic/manga art, I traced the drawing with very black and bold lines. I created the flat colors on layers underneath the stroke layers. Then I added some shapes for shadows and volume above the flat colors. To finish the illustration, I added some graphical elements typical to comic/pop art.

How everything started: I had just found out about Gravit Designer on Facebook and I wanted to test the app right away!

My workflow: I start searching for a lot of references. Then, inspired by the features of each one I like the most, I usually begin a character art with a very rough and fast sketch and then I switch to the design/drawing app to create the digital art. The character is quite simple so I just played with some regular shapes and the pen tool.

How everything started: After finishing the first artwork in Gravit I just wanted more!

My workflow: Again, I search for a lot of references. For scenes/backgrounds/scenery I usually start inside of the design application, without doing any rough sketch. Because performance in games is always a concern, I decided for a tile based game. So I turned the grid on. My approach when working with grids is to try to keep everything perfectly aligned where applicable. Of course, as this is a piece of creative art and not a architectural project, I allow myself to break some rules and make things seem more cartoonish.

What I love about working in Gravit Designer

I love its UI design and orientation to modern designers/artists. The interface is really beautiful, light, and sets itself apart from the competitors. Things are really well organized and you don’t have to spend too much time moving panels around like the other similar apps. I usually search for new tools on a daily basis and I didn’t find anything like Gravit’s UI before. And I like the orientation to modern creatives because, differently from classical full featured apps we designers grew up using. Gravit only added the features we really need, and in such a way that we like or would like them to be or behave. You use Gravit and you can’t stop thinking about it being designed by people like you, who understand from experience, from the perspective of creatives, how designers think and act.

Since I came across Gravit Designer, I wanted to try it out, just because there isn’t good design software for Linux (which is the operating system that I use). The most impressive thing that I realized at the moment was that with this software the design process is very simple and easy. Then I started using it and I were impressed by its features.

Some stuff like Styles, Blur, Shadows, Angles, Shapes, Opacity and Blending can be changed with just a few clicks, it’s awesome!

After some time playing with it, this idea came to my mind: “What if an Android UI Kit for the Gravit Designer existed? That would be very nice!” Unfortunately, there wasn’t one. What a better thing to do than to create my own Android Kit?

Since I had some screenshots of my own phone, I imported then to my new project and started drawing the shapes for each component on Android. For example, to draw a Floating Action Button (FAB), I just needed one circle and two rectangles. I made a group for the rectangles and aligned them with the circle. Simple, huh?

After I drew some components, it was time to improve the kit with some standards, for example to set up the Material Colors and Text Styles.

All the patterns for the kit were created at the Style section, so all you’ll need to do is to click inside an component and change it’s property!

I’m improving the kit as long as I can, but the community support is essential to keep this project running. Following the Open Source Initiative, the kit is free to download and and you can modify it as you want.

Luckily that was just the tip of the iceberg and more awesome people have created designs with Gravit Designer in the past. Here’s a selection:

What are you creating with Gravit Designer?

As you saw in this article, Gravit Designer is extremely versatile and can be used to create all sorts of designs. We’d also love to see what you are using our application for, so please post links to your designs in the comments. 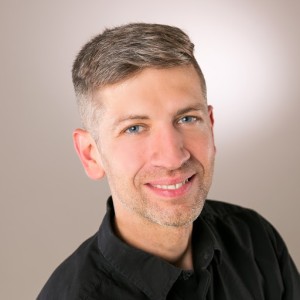